From The Shire
Jump to navigation Jump to search 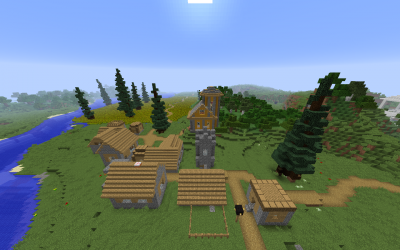 Coda exists on an island directly west of the Volgamo Depression, a former volcanic mountain popularly conceived of as being "made of" silver ore. Volgamo is the reason for Coda's historical importance, since it was a major supply depot and refinery center of silver for Mainland-ruled Oranjestad during the 1600's.

Founded in 1545 as part of the Volgamo mining supply chain, it soon was the source of considerable wealth for the Mainland, and the island became a crucial point of influence over the region. The city gave rise to an Oranjestadish expression, still in use: "to be worth a Coda" meaning "to be of great value". The Volgamo mines produced an estimated 60% of all silver mined in the world during the second half of the 16th century, with 40% of that passing through Coda ports.

For distant Shirelings, Coda was rumored to be a mythical land of riches. It is mentioned in writings by famed Solurian author Don Chipotle as a land of "extraordinary richness".

Enpeecee laborers were conscripted and forced to work in Volgamo silver mines and Coda refineries. Many of them died due to the harsh conditions. In such extreme conditions, pneumonia was always a concern and mercury poisoning took the lives of many involved in the refining process.

From around 1600, the death rate skyrocketed among the local Enpeecee communities. To compensate for the diminishing indigenous labor force, the colonists made a request in 1608 to the Crown in Mainland to begin allowing the importation of 150 to 200 Oldeshire prisoners per year. An estimated total of 3000 prisoners were taken to Coda during this era.

During the War of the Grand Coalition (1795-1815), Coda frequently passed between the control of Mainland and Patriot forces. Major leadership mistakes came when the First Auxiliary Army arrived from the Mainland, which led to an increased sense that Coda required its own independent government. By the end of the war, Coda was firmly under the control of Independent Oranjestad forces. The Congress of Alqualonde (1815) guaranteed Coda would remain an Oranjestad colony, and, unlike Metropolitan Oranjestad, was allowed to operate freely from any Mainland influence.

By the 1900's, Volgamo mines were exhausted and trade through Coda all but ceased. The island today is primarily an agricultural community, though some refinery infrastructure still exists. In February 2018, the Volgamo mountain suddenly and violently collapsed into its own magma chamber, leaving an area of relatively flat and stable land behind.