Occurring multiple times annually, It is a competition open to all building ranks.

In these building competitions, players are challenged to build within a certain theme that was decided for that current competition. Some of the themes we have had in the past are: sci-fi, epic libraries, high fantasy, and many more. With the judging processes, the scoring and determining the competition winners are done within the staff, and is added on with a public vote on what members like most. Through these building competitions; theme, detailing, creativity/uniqueness, palette, and it's overall effect are many of the things that will be looked at for each build. Some players will join for the excitement of the competition, or to help spread out and try different styles and themes they have never explored. In the end, try and have as much fun in the competitions and we will continue to host them and try spice them up as well!

Having these competitions also come with very big incentives by participating in them. Depending on the number of participants, 1st, 2nd, and 3rd are all able to receive a prize for their participation and victory in the building competition; if there are not enough completed entries, there may only be up to a 2nd winner. These winners will be able to select a prize and have access to a certain command, some commands that we offer are Voxel Lite, NPCs, and etc. Winners may also request something and will be reviewed to whether we will permit that prize request or not. 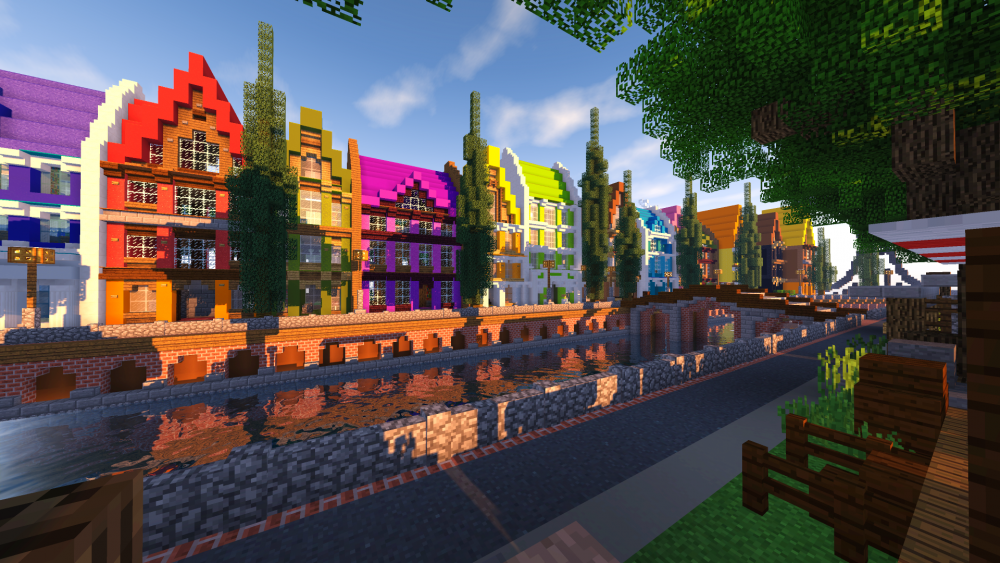 Cities of the Shire

Cities of the Shire - Zyno69