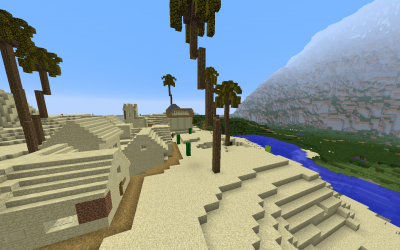 The area known today as Buckingham Green was a fertile agricultural area as far back as the Bronze Age, and several archeological finds stem from the Iron Age. The first mention of the name is from the saga of Sajornson the Brave of the Kingdom of Fulfwotz, from about 1200. There are ruins of stone churches from the 12th century that still remain in the town.

The pilgrim road to Sravasti that was established after 1030 went through Buckingham Green, and there is evidence that lime kilns were in use in the area in 850 (used for steelmaking). There were shipping ports for the quicklime in nearby Gunderhelm.

In the 17th century, iron ore was discovered in the area - the ironworks at Buckingham Green was founded by Oranjestad businessman Nicholas Klusman soon after. Industries such as paper mills, nail factories, sawmills, glassworks, and brickworks were established along the two rivers in the area after this time. In 1838, after nearly 200 years of Oranjestad business connections and influence, the village elected to formally declare itself an Oranjestad colony.

As part of Oranjestad's decolonization efforts in 2018, Buckingham Green was auctioned off. The New Sammichian Empire was the winning bidder, and the NSE took possession on April 17 2018. Buckingham Green citizens that existed prior to the auction retained their Oranjestad citizenship.