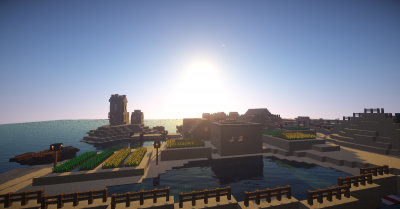 Alwasy was originally established as a central resupply point for the nearby desert, but grew into a small shipping area for supplying Sol with glass and glass products. When the need for glass slowed down, the main factory was demolished for housing, and Alwasy became more of a small fishing village. It remains the Solurian Empire's only village on the continent, and is popular for the large fish which gather around its' small harbor during high tide.

Currently, Alwasy is the governance center for the West-Central Territory of the Solurian Empire. Recently, efforts to refurbish and repair the town of Alwasy have been taken, as the town is constantly buffeted by heavy desert winds that blow from the western desert continent. Building plans include a new, more durable wall, extended housing options, a railway station, a small fisher’s market, and an extended fishing dock. The new dock is likely to help the growing push for a bi-annual fishing contest that will take place in Alwasy to pit fishermen of the highest caliber against each other for large cash prizes.

Also included in the expansion proposal is a large-scale cactus farm which will be able to provide rare cactus fruits grown specially in Alwasy and a solid source of fresh water to avoid possible issues with continually importing bottled water and water containers. This idea for an independent water source comes from complaints by civilians that non-recyclable trash such as the large plastic water containers are contaminating the waters around Alwasy and preventing fishing from happening like normal. 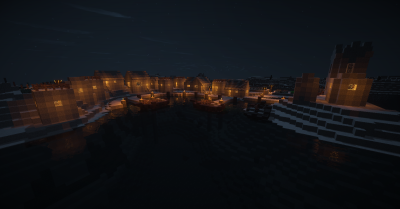 A village in the Solurian Empire, located to the southwest of Sol. Alwasy has a small harbor, a blacksmith, a butcher, and a small library. A church of the Solurian Sect is present on a nearby island, connected to the main village by a bridge. Around the town is a small sandstone wall to protect the residents from dry wind blowing off the desert to the west, and to prevent scavenging animals such as coyotes or desert leopards (which are actually a rare type of lizard) from attacking residents or going through trash. Past the wall lies a small barrier of cactus, used to collect water and provide small fruits to the citizens of Alwasy.